This is apple, everyone’s favorite fruit but isn’t a fruit brand. And this is Google everyone’s favorite search giant. They both run their own ecosystems of apps and programs that, when you actually break it down, do very similar things. For example Apple maps and google maps each provide you directions to any locations, with apple maps being more prone to mistakes. Also, they each provide an app store in which users can download 3rd party apps that also make Apple, Google, and the app developer some money. Then comes the plethora of similar apps like google docs, apple iWork apps, hangouts, and FaceTime. Just to name a few. Lastly, they each have a cloud storage system that integrates into their other apps and contain with very similar pricing models.

What sets these two companies apart then? Well, Apple focuses their software on their own platforms of iOS and Mac OS. Oh. And Uh. Windows for itunes, because well, Windows users like music too.

Google however, while they have the largest integration with their own products, they also love to try and date every operating system and device imaginable.

Apple focuses on this concept of Exclusivity, in which they primarily focus on their own products.

Well, the easiest answer would be it differentiates themselves from their competition. Usually this guy. But that’s not the only reason, leading us to the next point. Because all their accounts, services and apps work so well together while ousting the competition, they practically jail you inside blocking you from the outside world. And if you want to leave then your app purchases and other data locked to your account becomes practically useless except for a few things I suppose.

Not only does their suite of software support cross functionality between themselves but their products also have features that only apply to other apple products to further lock you into their deep ecosystem.

But that’s only Apple’s way of appealing to the average person. What does Google do to be different?

Let’s rewind a little. Okay, TOO far. There we go. What google does different from Apple, is that they leave themselves open to every operating system imaginable. Most of their services could be accessed on the web giving you room to pretty much do your work wherever you are. They also make it easy to share your workflow with others because pretty much anyone has access to google services.

Google is praised for this system that allows access to pretty much any of their many services with just an email account with them.
But it’s not all well. As I said before, Google dates everyone. Google loves learning about you and storing that data, they love learning everything about you so that they can push things they just KNOW you’ll love. They’re your obsessive girlfriend. They track pretty much everything you do when logged in, and use that data to learn more. That would be considered creepy if Google was a person.

So no matter which ecosystem you just so happen to fall in, which services you use from these two, they both have their pros and cons. At the end of the day it’s your choice what to use. 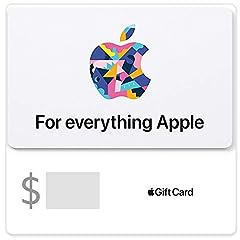 Use it for purchases at any Apple Store location, on the Apple Store app, apple.com, the App Store, iTunes, Apple Music, Apple TV, Apple News, Apple Books, Apple Arcade, iCloud, and other Apple properties in US only. The perfect gift to say happy bir... (as of November 26, 2020 - More infoProduct prices and availability are accurate as of the date/time indicated and are subject to change. Any price and availability information displayed on [relevant Amazon Site(s), as applicable] at the time of purchase will apply to the purchase of this product.) 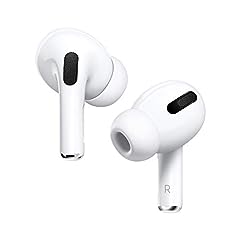 Active noise cancellation for immersive sound Transparency mode for hearing and connecting with the world around you Three sizes of soft, tapered silicone tips for a customizable fit Sweat and water resistant Adaptive EQ automatically tunes music to ... (as of November 26, 2020 - More infoProduct prices and availability are accurate as of the date/time indicated and are subject to change. Any price and availability information displayed on [relevant Amazon Site(s), as applicable] at the time of purchase will apply to the purchase of this product.) 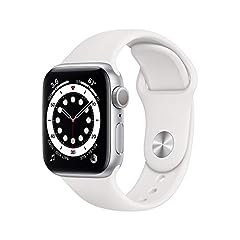 GPS model lets you take calls and reply to texts from your wrist Measure your blood oxygen with an all-new sensor and app Check your heart rhythm with the ECG app The Always-On Retina display is 2.5x brighter outdoors when your wrist is down S6 SiP i... (as of November 26, 2020 - More infoProduct prices and availability are accurate as of the date/time indicated and are subject to change. Any price and availability information displayed on [relevant Amazon Site(s), as applicable] at the time of purchase will apply to the purchase of this product.) 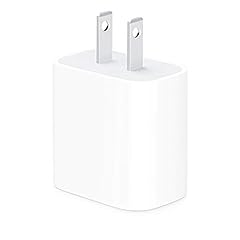 The Apple 20W USB‑C Power Adapter offers fast, efficient charging at home, in the office, or on the go. While the power adapter is compatible with any USB‑C enabled device, Apple recommends pairing it with the 11-inch iPad Pro and 12.9-inch iPad Pro ... (as of November 26, 2020 - More infoProduct prices and availability are accurate as of the date/time indicated and are subject to change. Any price and availability information displayed on [relevant Amazon Site(s), as applicable] at the time of purchase will apply to the purchase of this product.)

For those who say apple also tracks you…
It’s basically a lie,
Apple doesn’t track you at all, you can work freely and that’s one of the main reasons why google forces it’s staffs to use macs instead of windows or even linux. Same goes for iPad.
These triggered google fags… LMAO!

If Google just made ChromeOS more functional… I would transfer, but ahh…

If you buy an iPhone you can use both

fantastic presentation and… no conclusion. But here we are 😉

That rewind noise was torture

I use iPhone but I use google C Chrome

Stock Android 8.1 is stable and a great software experience iOS i
Has been buggy recently and is way too colourful and don’t even get me started on the control centre notifications and recent apps.

Slowly moving over to Google. Just got a chromebook, I want a Google home, and I also plan on upgrading to the Google Pixel in about a year. The tracking doesn’t really bother me.

Google 4ever (even if I have an iPhone)

I don’t know… i’d rather have a nosy but permissive girlfriend than a possessive rich-girl who will keep all my stuff if i dare to leave her :L

I’m in the samsung ecosystem

Look in many cases Google is better than Apple; and i say this as an apple fan boy. Take siri for example; she’s been real shit of late and i’ve swapped her out for googles Assistant (yes, takes more steps to bring her up). What keeps me with iPhone is that, apps generally look/feel/perform better on iOS as compared to google (basing this from when i had both android and ios running the same apps). In addition, i love how apple supports its old devices with the new iOS which cant be said for google (which is understable because there are SO MANY android phones out there!)

I got nothing to hide so I like google

Both Google and Apple came from US. So the winner is Donal Trump.

Why? Because they at least provide updates for their older products.